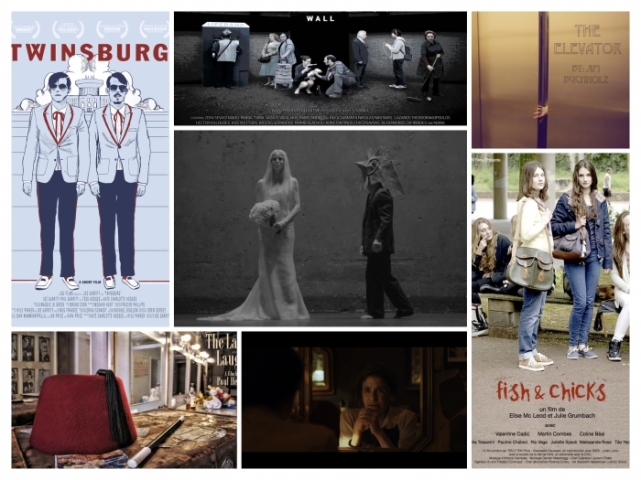 Twinsburg by Joe Garrity | US | 2016 | 16′ | Shorts Competition | Jerry, sentimental about his fading twin identity, reunites with his reluctant brother Paul for a weekend of revelry at the world’s largest congregation of twins.

Fish & Chicks by Julie Grumbach & Elise Mc Leod | France | 2016 | 19′ | Shorts Competition | “Name two figures of the French revolution?” Erwan responds with a joke scribbled on his school desk, a stranger answers back with their own scribble, and so a game begins. With each exchange, the urge to discover the identity of the other only grows stronger! Their dialogue resonates like a promise…

Ferdinand Knapp by Andrea Baldini | France | 2014 | 15′ | Shorts Competition | Ferdinand Knapp is the pre-eminent actor of French theatre, revered by all. In preparing for a new play, the lines between his character’s malevolent personality and his own begin to blur.

The other place by Mareike Engelhardt | France | 2016 | 11′ | Shorts Competition | One evening an elderly hair dresser locks her salon. While talking to herself in front of her mirror she drifts deeper and deeper into her phantasies, memories and regrets …
Inspired by Samuel Becketts’ « Rockaby ».

The Elevator by Jim Buchholz | US | 2016 | 4′ | Shorts Competition | This is a true story where a Japanese speaking woman in Hawaii holds the doors open to an elevator until the Caucasian male inside, who doesn’t know any Japanese, answers her questions.