Dekel Berenson is a UK based writer, director, and member of the Academy of Motion Picture Arts and Sciences. Drawing inspiration from travelling to more than sixty countries, Dekel explores real-world social and humanitarian issues. His film ‘Anna’ premiered in Competition at the 72nd Cannes Film Festival, won the Best British Short Film award at the 22nd BIFA awards, and was shortlisted for a BAFTA. His short film, ‘Ashmina’ won numerous prizes, including Best Short Film at the 59th Krakow Film Festival and Best Live Action Short at the 36th Jerusalem Film Festival, qualifying the film for Academy Awards consideration. 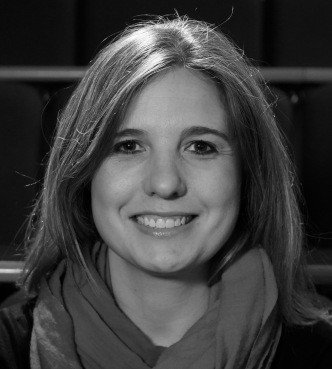 Amanda Rogers, Filmmaker and Creative Producer, has been a documentary filmmaker, creative producer, videographer, and editor for over a decade. Originally from the USA, she has worked on non-profit, educational, and historical documentary films and creative projects with organisations such as Carnegie Hall, the United Nations, Citibank, and Alvin Ailey American Dance Theatre. First working in NYC, Amanda moved to Edinburgh to complete her MSc in Film, Exhibition, and Curation at the University of Edinburgh and continues to work on films in Edinburgh through her company, RPP Productions, as well as working on her startup film event and exhibition company, Cinetopia.

Rory 子豪 Power-Gibb is a Singaporean-British filmmaker from an Assistant Director background who has worked on some of the biggest blockbuster titles of recent years such as Tenet (2020), Dunkirk (2017) and Jason Bourne (2016).

Growing up in Spain, his first love was that of languages and the subject became the focus of his baccalaureate studies. Upon moving to Scotland, he grew an understanding of and an adoration for a new language; that of film.

After graduating from the University of Stirling, Rory broke into the film industry working on The Man from U.N.C.L.E (2013) . Whilst on the job, he organised, manoeuvred and helped recreate a war photograph of his grandfather, Hugh Grant’s father and Guy Ritchie’s father.

Rory is currently based in Edinburgh with his wife, Eilidh, where he is writing his debut feature; a romantic drama about Eilidh’s genetic condition: cystic fibrosis.