Nikoletta Thoma is an actress, theatre producer and acting educator born in Greece. She holds BA in Acting and MLitt in Theatre Practices from the University of Glasgow. Nikoletta performed in various stage shows in Athens, Glasgow, Edinburgh and New York and has been awarded “The Arches and Summerhall’s Autopsy Award” with her monologue “Lost in Transition” by Mona Bozdog.  She now lives and works in Leeds where she teaches drama to people with special education needs and produces new theatre shows. 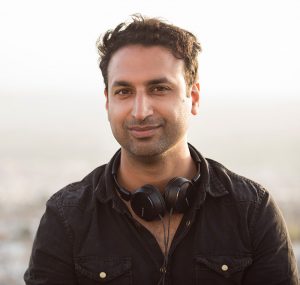 Abid Khan is a self-taught writer-director who began his film education by working in a local cinema in his teenage years. His passion for storytelling led to his debut feature: GRANADA NIGHTS. Shot entirely in Spain, the film starred rising stars Quintessa Swindell and Antonio Aakeel. Head of Film4, Daniel Battsek announced Abid as a ‘Director to watch’ as he was awarded Best Film at BFF. After several festival awards including being selected for Breakthrough at the Film London Screenings, his debut feature went on to have a nationwide theatrical release in both UK and Spain. Abid has been profiled in the The Guardian and Observer Magazibe and partook in various festival panels. His second feature IZZAT, which is currently in development recently won a prize at the B3 HessenLabs. He’s the founder of Eyefive Films and continues to tell self-discovery stories focused on diverse characters and cultures. 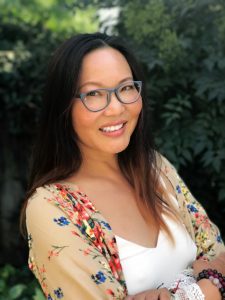 Joyce Chow is the Founder and Festival Director of iHollywood Film Fest, which was the first film festival to award NFTs to filmmakers as awards. She is the CMO of Greek development companies Mentora Development and Transform Greece. She is an ecosystem builder, advisor, executive+life coach and storyteller. She has lead creatives into technology and hosted webinars on Hollywood for creatives and moderated panels on Hollywood, Web3 and NFTs at SXSW, NFT.NYC and CoinAgenda in Monaco. As a media personality and journalist for nearly two decades she grew to become a filmmaker. She has navigated the world of talent, entertainment and media in arts, entertainment, fashion, technology, automotive and blockchain. Joyce recognises industry directions, pioneering companies and unique abilities of storytellers and creating synergistic partnerships.