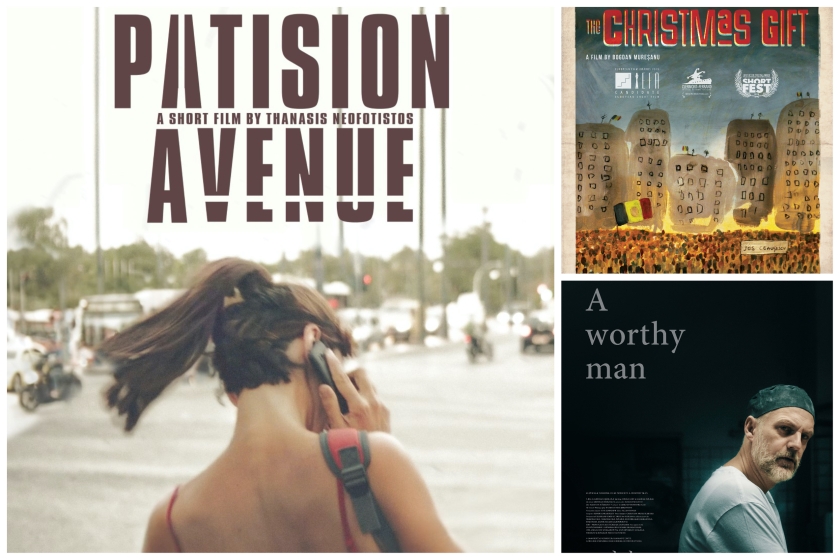 Patision Avenue by Thanasis Neofotistos | Greece | 2019 | 12′ | Clermont-Ferrand Short Film Candidate | Yanni’s mum is on her way to audition for a role as Shakespeare’s Viola, when she learns that her young son has been left home alone. Through a series of phone calls, she fights to balance the most important roles of her life, whilst walking in the most controversial area of central Athens, Patision Avenue.

A Worthy Manby Kristian Håskjold | Denmark | 2019 | 19′ | Leuven Short Film Candidate | Night after night Erik works alone in his bakery. His only company is the late-night radio show, which he persistently attempts to get through to to be honoured “Joker of the Week”. He has gradually become more and more distant to his family, and all his efforts to re-establish the connection seem in vain. A growing depression hurls Erik into a tailspin, that in the end culminates in a desperate cry for help.

The Christmas Gift by Bogdan Muresanu | Romania / Spain | 2019 | 23′ | Tampere Short Film Candidate | On the 20th of December, 1989, a few days after Romanian dictator Nicolae Ceausescu’s bloody repression in Timisoara, a father’s quiet evening turns to sheer ordeal as he finds out that his little son has mailed a letter of wishes to Santa. As far as the child understood, his father’s desire was to see Ceausescu dead.

The Tent by Rebecca Figenschau| | Norway | 2019 | 17′ | Bristol Short Film Candidate | A dysfunctional family of four is going camping, and poor communications skills make it a struggle to co-operate when trying to put up a complicated tent. The kids are reacting badly to the increasingly uncomfortable tension, as an underlying conflict between the two parents is slowly forced to the surface – and a shocking secret is finally revealed.