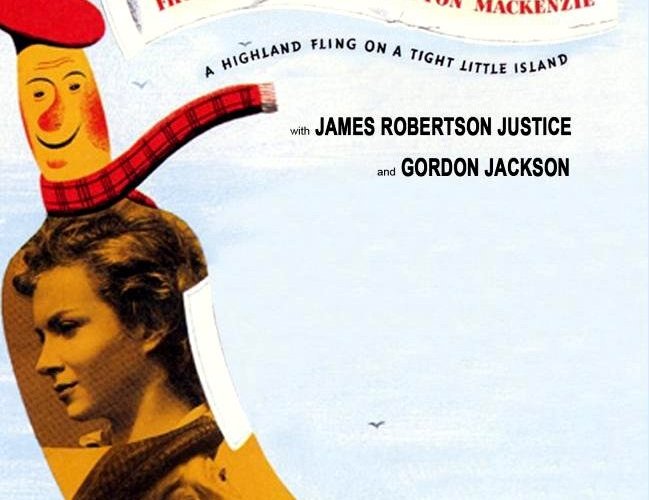 Join us for a Burns Night you’ll remember!

Screening the iconic 1949 Whisky Galore! will take you on a journey through the Scottish highlands in a magnificent classic story, based on the novel by Compton MacKenzie. More surpises for the night will be revealed soon!

Whisky Galore! dir. by Alexander Mackendrick | 1949 | 82 mins | UK | Cast: Basil Radford, Joan Greenwood, Catherine Lacey | A remote island in the outer Hebrides remains blissfully untouched by the ravages of WWII, until the wartime ration of whisky dries up completely. But when the SS Politician sinks on their shore en route to Jamaica, the locals cannot resist the temptation to replenish their depleted supplies, gleefully looting the 250,000 bottles the Politician was carrying. Only an English Home Guard captain stands in their way.

The screening is part of the BFI Comedy Genius, a celebration of comedy on screen, led by BFI, the Independent Cinema Office and BFI Film Audience network, supported by funds from the National Lottery.

*This is a Pay-What-You-Wish screening with Sliding Scale Ticketing, based on each attendee’s individual abilities and judgement. We have set a cap of £ 6, so everyone is welcome to pay what they wish and can afford between £ 0 and £ 6. No questions asked. All funds collected will be distributed to support our year-round activity and make future screenings possible.