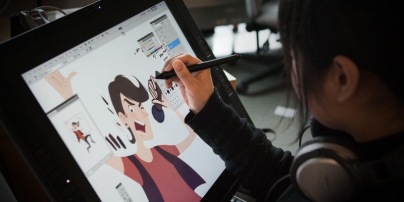 Edinburgh based animator Sharon E. Sorensen is coming to WoFF 2018 for a special two-hour workshop, where participants will have the chance to hear about different types of animation and learn about the creative process behind them.  Followed by an interactive session where small groups will create their own animated projects and make a start in understanding better the techniques. This Screening is supported by Anim18: Celebration of British Animation, Film Hub Wales and Film Hub Scotland, part of the BFI’s Film Audience Network and funded by BFI and Creative Scotland. In collaboration with Into Film Edinburgh.

Book your space now, as spots are limited!

Animation is all around us, from films at the cinema, your favourite music video to that gif doing the rounds on Instagram. The variety of styles and techniques is vast. Join us for a journey of discovery and discussion surrounding the ever changing landscape of animated style and how new technology and traditional craft can be integrated.

This will be followed by a practical workshop covering the technical aspects of ‘squash and stretch’ and ‘Anticipation, Action, Reaction’. 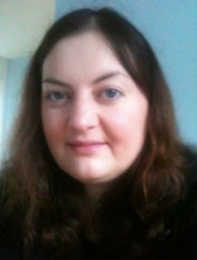 Sharon E. Sørensen is an animator with 20 years of professional practice. After graduating from Edinburgh College of Art she has worked in both the creative and production sides of the business and can count Walt Disney Films, the BBC, Paramount and Channel 4 amongst her varied clients. She has credits on a diverse range of high profile feature films, TV commercials, TV Series and TV specials. Sharon has always taught alongside her commercial work. She is an experienced Moving Image Educator and workshop leader for all ages with a passion for inspiring others to give new things a go. Sharon adopts an inclusive approach to education and has a particular interest in working with participants with special educational needs.

About Into Film: Into Film is an education charity that puts film at the heart of children and young people’s educational, cultural and personal development. Over half of UK schools engage with our programme of Into Film Clubs, special cinema screenings, and resources and training to support classroom teaching.  Alongside rich online content for young audiences, this provides 5-19 year olds with inspiring opportunities to learn about and with film, and develop a passion for cinema. Into Film’s work is supported principally by the BFI through the National Lottery, and by the film industry through Cinema First.