For a second year, we bring Animation Day in Glasgow with a panel discussion followed by screenings and Q&As, all dedicated to animation.

Join us on Saturday 5th October at the Virgin Money Lounge for a free panel discussion with representatives from Animated Women in Scotland, who will share their experience, insights and advice on working in the animation, film and art industries.

Eleanor Stewart is the Director of Clubhouse, an Independent Animation Studio based in Glasgow. Eleanor is an awardwinning Animation Film Maker and Paper Artist, and specialises in creating hand-crafted models and animations out of paper. She has produced work for a variety of international clients including The One Show, Hyundai, Jura Whisky and The Calgary Stampede. Her bespoke paper models and set design have featured in magazines, advertising and window displays. Clubhouse is the only dedicated Stop Motion Animation studio in Scotland. They create playful handcrafted content for brands that is ideal for colourful campaigns or surprising social media.

Selina Wagner is a multi-award winning animation writer/director based in Scotland. Her degree film, Takuskanskan won several awards including the Craft Award at the British Animation Awards and First prize at Animated Exeter. She has worked with many advertising agencies and organisations to create over 40 TV commercials and short films for the BBC, Cbeebies, Breast Cancer Care and Glenmorangie distilleries. Selina is thrilled to have recently joined Ping Creates as creative director, where she now oversees all aspects of animation and design work for short films, commercials and games. 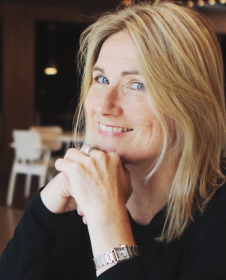 Tracey La Cour is Head of Communications at Axis Studios, an award-winning animation and VFX studio based in Glasgow, Bristol and London. She is a PR professional and marketer with over 20 years’ experience promoting the work of studios in the moving image industry. She started her career working with brand design companies before joining SVC Television, one of the original post-production companies in London. Tracey was quickly promoted to Marketing Director and became one of only a handful of female board members in Soho at that time. From there she became freelance to advise an international client base of VFX, animation and post-production studios on their PR and marketing. Over her career, Tracey has promoted her client’s work on iconic music videos such as Madonna’s “Ray of Light” as well as commercials for global brands such as Budweiser and Ikea. 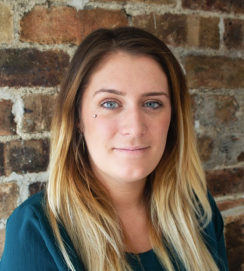 Victoria Watson graduated as an animator in 2006 from Duncan of Jordanstone College of Art & Design in Dundee. Victoria’s career began with a runner position at Muckle Hen. Within 3 years, Victoria had worked her way up to Production Manager. She then moved on to The Gate Films as Producer. Recognising Victoria’s creative talents, The Gate also encouraged Victoria to hone her skills as an animator and director. In 2014, Victoria launched The Gate’s specialist animation arm, PEN. After 4 years Victoria took over from Rhona as the Head of Production for Scotland at The Gate. At the start of 2017 Victoria left The Gate Films to join Rhona in running Eyebolls as Creative Producer.

*This event is Free but ticketed, please register for free on Eventbrite.

Thanks to the Glasgow Virgin Money Lounge for hosting this event.